{We first visited here last March on an earlier visit to Betty’s RV Park, but I never got around to posting a blog about Martin Accordions.  Some of the photos used today are from that previous visit.}

Wednesday we returned to visited Martin Accordions. This is the unassuming plant behind Waffle House in Scott, which was Clarence “Junior” Martin’s former cabinet shop. 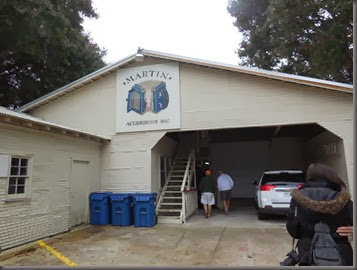 We  were delighted with a two hour concert of Papa (Junior Martin), daughter, Penny (a school principal) and grandson, Joel (a professional musician).  Joel had just returned the night before from performing in Washington, DC for the White House Mardi Gras celebration….yes, he is that good! 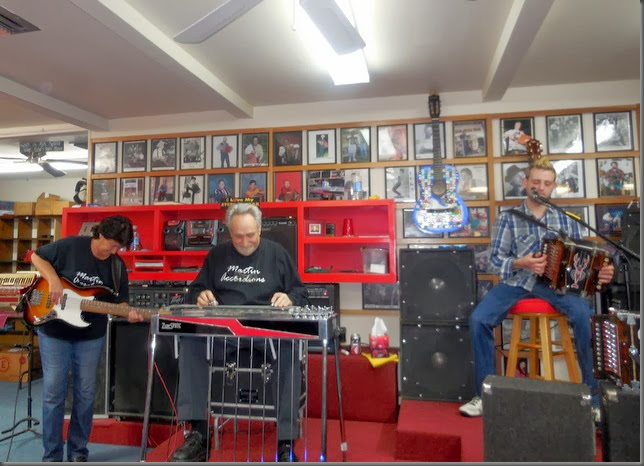 The concert was held in the main room with chairs set up in rows for the audience.  The workshop is in a room to the right. 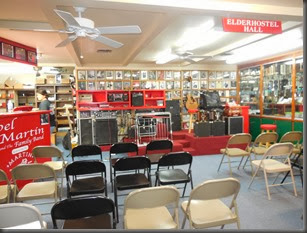 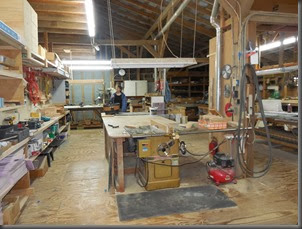 We heard the history of the Cajun melodeon accordions which started by using German accordions.  But with WWII and the destruction of two of the three accordion factories, Acadians began making their own. 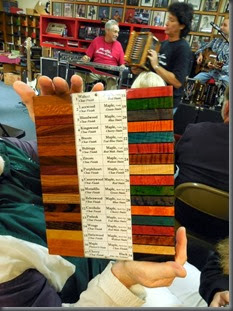 Martin Accordions uses the finest bellows and reeds from Italy.  The rest of the instrument is made here using woods from all over the world. Their basic accordion costs $2,500. 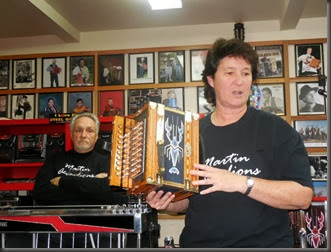 If you want their trademarked crawfish on the bellows, it is an extra $150.

We enjoyed two hours of music where they played music progressively from one decade to the next. It was wonderful!!! 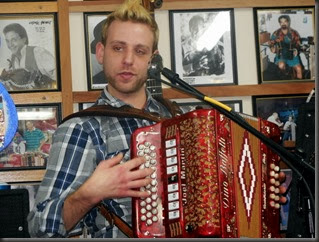 Joel is a very talented young man.  He plays accordion in bands six nights a week…many times at Cowboys, a bar in Scott, LA

Barb even got into the act during the Zydeco song. 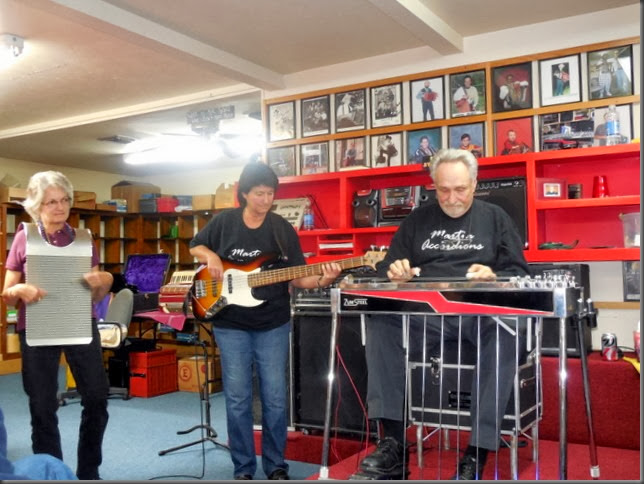 Here is a panoramic photo I took.

It was a great time.  If you are ever at Betty’s RV Park make sure you ask if the group can go to Martin Accordions (they take groups of 15 or more and at $15 each it is well worth it).  It is a trip of a lifetime.