Since we have returned from Escapade in Tucson, we have continued our whirlwind of activities with friends in the area. 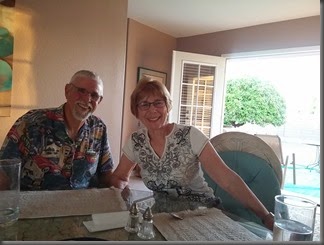 The day after our return in March 15th, Diane and Jim invited us over to their Sun City home for dinner.  They are such gracious hosts.

Later that week our long time friends (30 years) Diane and Tom stopped over for dinner as they were driving through the area.  They’ve been fulltimers for a few years now and we kind of nudge them along the way. They are dear friends and we are so happy they are on the road now.

Then on March 21st my old boss from Alamosa and now our friends, Heinz, and his wife, Angela, came here during their spring break (Angela is a school district nurse).  We enjoyed a laid back week together grilling, watching races and ball games on TV, and just visiting.  They both have very high pressure jobs and they wanted to just “veg”, so we kept it low key without a lot of running around.

The day after their arrival we did go to Sun Bowl for a free concert with a Tribute to Peter, Paul and Mary.  Later they said there was 8,000 people attending.  They were very good and we all had a good time singing to the old, familiar songs. 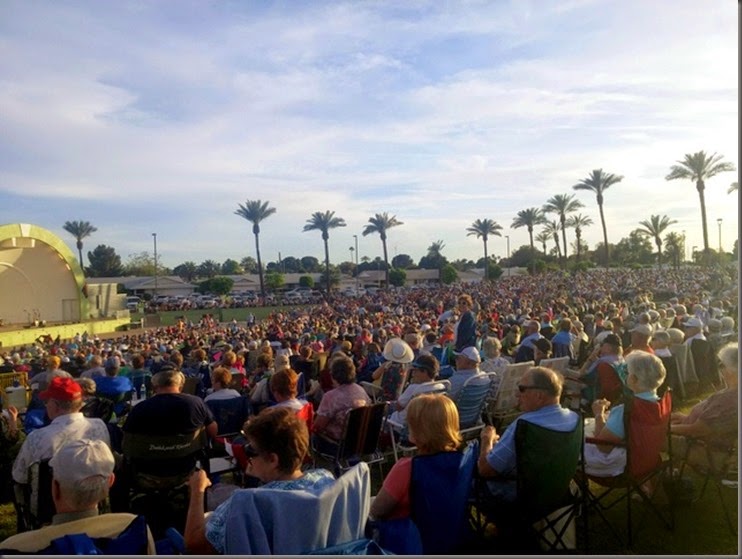 On their last day we did venture out to Lake Pleasant and viewed the marina and campground. 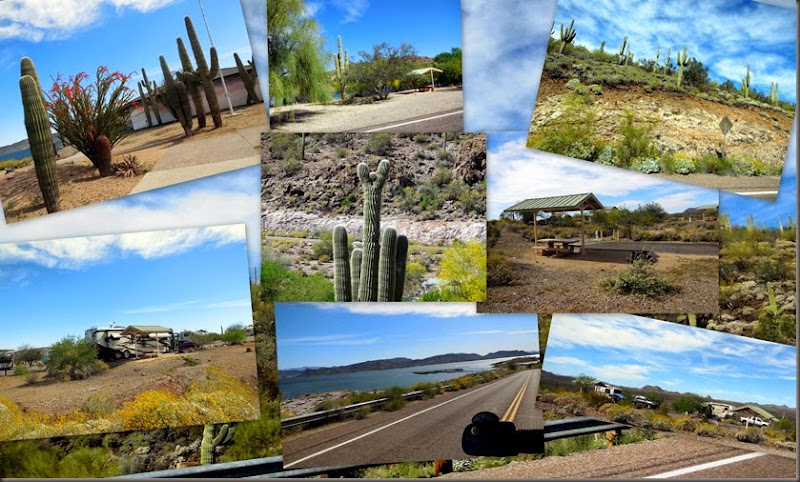 From there we drove on up to Wickenburg

We stopped at Anita’s Cocina for lunch….pretty good. 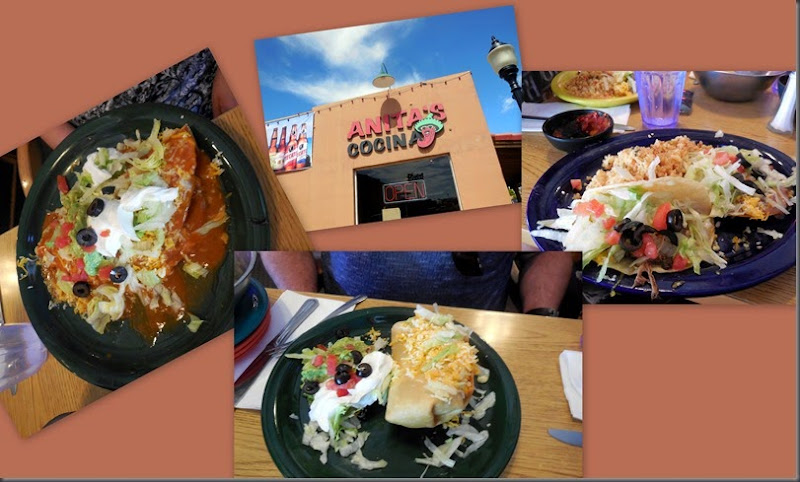 On our return to Sun City we went to Trader Joes to show them around and then to Sprouts for some large steaks and chicken for dinner. Sprouts has an old-fashioned butcher shop with Choice grass-fed beef. We got 2 1/2 inch rib eye steaks and asparagus and cheese stuffed chicken breast for Angela and me.

Too soon it was time to say goodbye to Heinz and Angela….we will see them a lot this summer though and will be camping together a lot. The following Sunday we went to Mesa to have lunch with Lee and Edie…Yummy lunch.

Then Monday we had Bernie and Dodo over for happy hour and dinner. These two beloved friends are so much fun to be around.  Bernie has me laughing the whole time.

Tuesday we met with Jean and John for lunch. We took them to Brenda’s Kitchen, now our favorite restaurant in town. We met this couple while working at amazon.com in Campbellton, Kentucky in 2010 and have kept in touch ever since.  We’ll continue to see each other on the road. 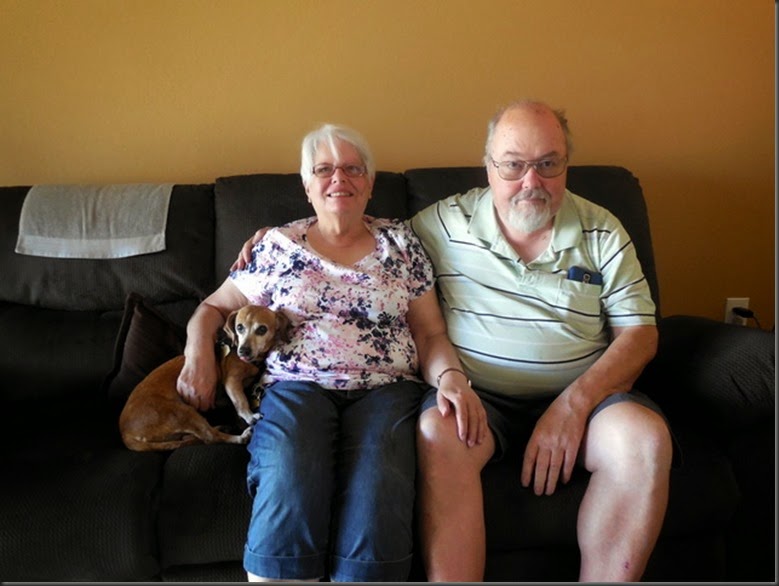 Weeeee, that’s been our last 2 1/2 weeks.  We are so fortunate to have had six couples come to see our condo and visit with us.  It’s been a blessing.

Although I have been battling a terrible cold, we have also enjoyed going to two art shows, a car show, a presentation on Arizona Pioneer Women and gone to an RV Club meeting.  There is no sitting around here in Sun City…..we are always on the go.