Brunch and Time in a Bottle Concert

At the last complex happy hour we heard about a Mexican Sunday buffet in nearby El Mirage, just west of Sun City.  It’s called Rio Mirage and we were very impressed.  The interior is very tastefully decorated in bright colors with fancy booths. 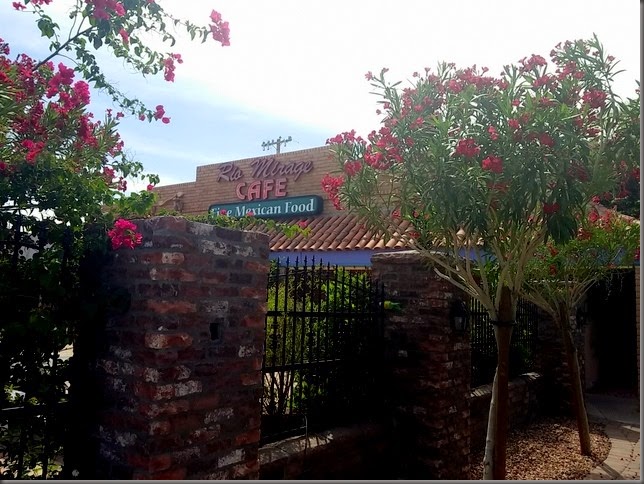 The buffet is set up on a couple of long tables with steam trays.  There was a good selection of Mexican food from enchilada to chile relleno to  huevos ranchero and tacos along with refried beans and rice.  It was really good. 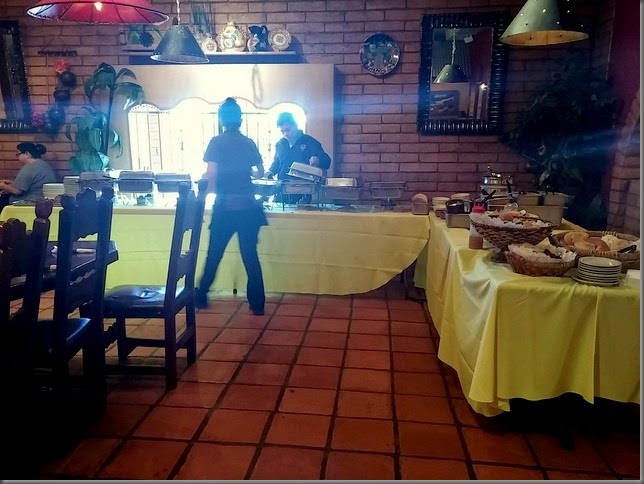 As we were leaving I found out why the tortillas were so good…..there was a lovely lady hand making them…yum 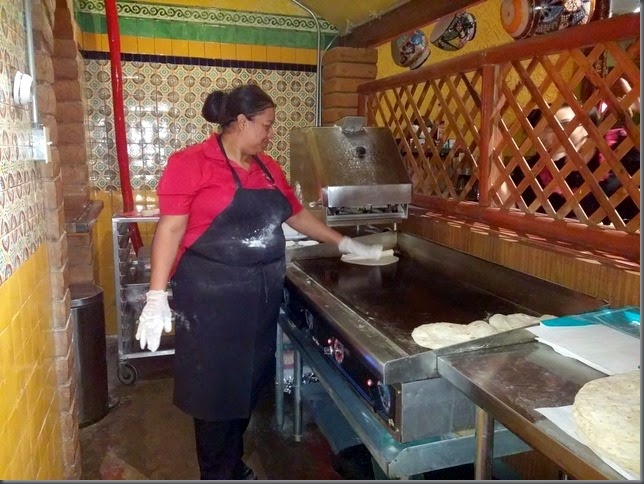 We attended another outdoor concert at the Sun Bowl last night.  The concert was of 70s music with the popular songs of the time from Jim Croce, Carole King, Gordon Lightfoot, etc.  The female singer said Carole King had been a big influence in her life since she was 10 years old….”which is more than half my lifetime”….the audience uttered a collective sigh….she wasn’t even 20 years old singing 40 year old music….UGH!

The place was full or over full to capacity with another 8,000 people in attendance.  Place was really packed. 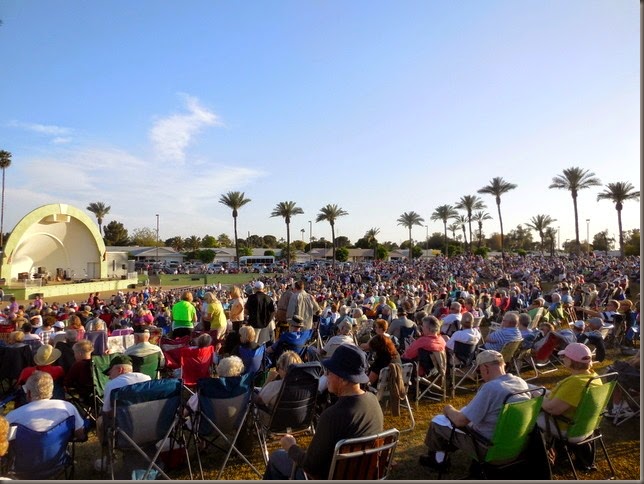 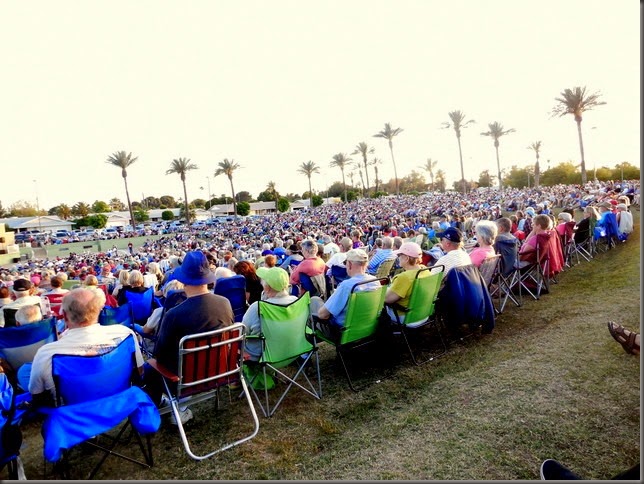 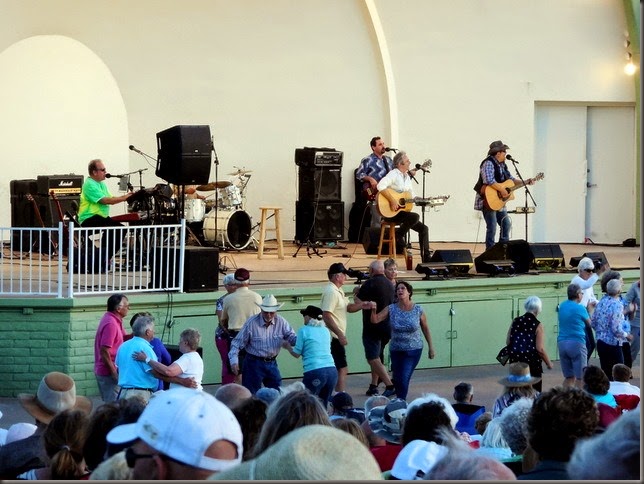 As we left we stopped to take a photo of the line of golf carts parking area….yes, a lot of people here use golf carts as a second vehicle taking it to town to shop or going to a rec center. 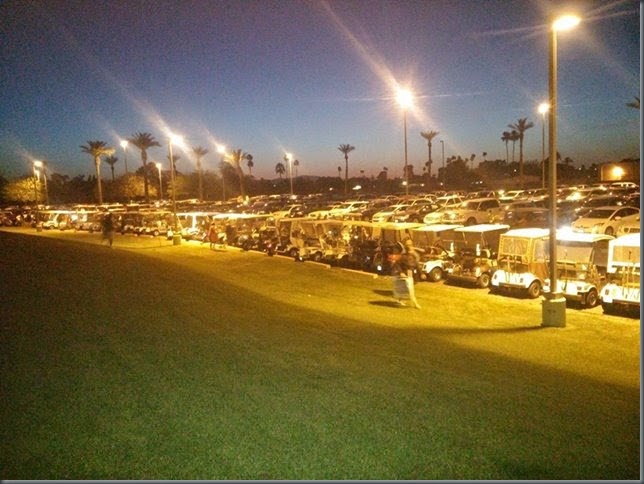 Then we saw this beauty….it’s called a golf car. No place for golf clubs in this one. This golf car was fashioned like a 30’s car….pretty neat. 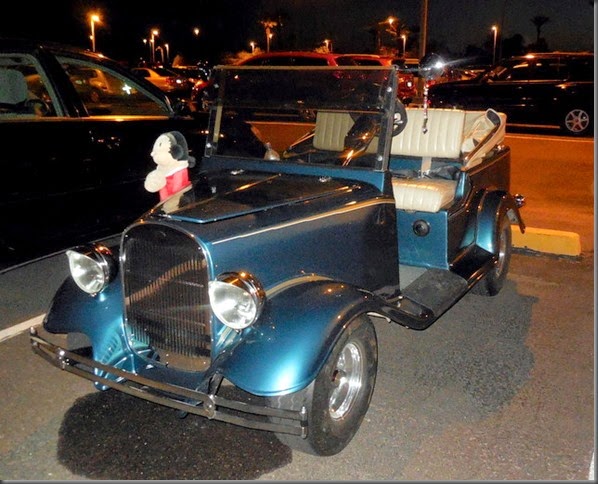 The concert was nice but the memories the music conjured up were even better.