We spent a delightful three days seeing members of our family in Santa Fe. With the Balloon Fiesta going on most everything is full or have doubled their prices.  We chose to stay about 30 miles south of Santa Fe at the Hollywood Casino in San Felipe Pueblo.  They have a nice RV park right there and usually charge $10 with electric (water and dump on premises) but, of course, they were now charging $20/night.

We have two daughters, three grandchildren, a son-in-law, a granddaughter-in-law and a great-grand-daughter. Luckily, they all live close to each other. So one day we’d see those working nights or have the day off and the next caught the ones working days.  It definitely hard to get everyone together. 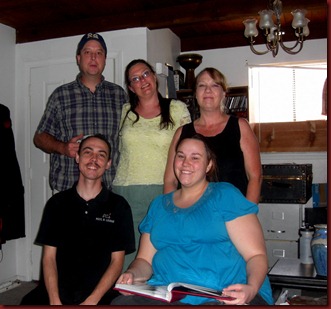 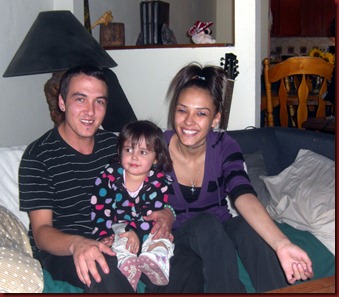 We took everyone out in two shifts.  Wednesday we went to Tecolote for breakfast with our two daughters. It had good reviews and had been recommended. 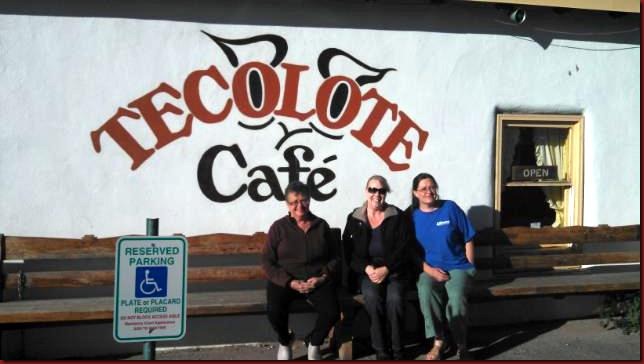 Boy, was it good. So different.  I had the Huevos Yucatecos which was corn tortilla layered with black beans, two fried eggs, green chile, Swiss and feta cheese, pico de gallo, and surrounded with fried bananas; with posole as my side. Jim had the Huevos Ranchero, Beth had the Atole pancakes with Christine having Tortilla Soup, yes she is strange that way.

Tecolote’s motto (even printed on the server’s tee shirt) is “Breakfast – No toast”. You have a choice of tortillas or a bakery basket. Of course we chose the basket and it had banana, blueberry and green chile and cheese muffins and homemade biscuits….yummooooo.  Good choice.

The next day Jim and I split up the group and went to two different restaurants for lunch.  Jim took Tom (son-in-law) and Kenneth (grandson) to Horseman’s Haven Café (he didn’t take photos).

Horseman is known for their dangerously hot chili.  Chili #1 is very hot but then there is Chili #2 is “the hurting one” as Jim described it.  The group enchiladas with Chili #1 and a side of Chili #2.  Our grandson had told us before that just a corner of a cracker dipped in that stuff almost made him hallucinate it was so hot. You all know Jim loves very hot chili, so his opinion? “Chili #2 was tooooooo hot”.  It definitely hurts!!!  But it was nice for the boys to get together and bond.

Our two daughters and the other grandson went to a vegetarian/vegan restaurant called Annapurna.  Beth and Maxx had been here before and were anxious for me to try it. Annapurna has Indian cuisine, which is new to me. 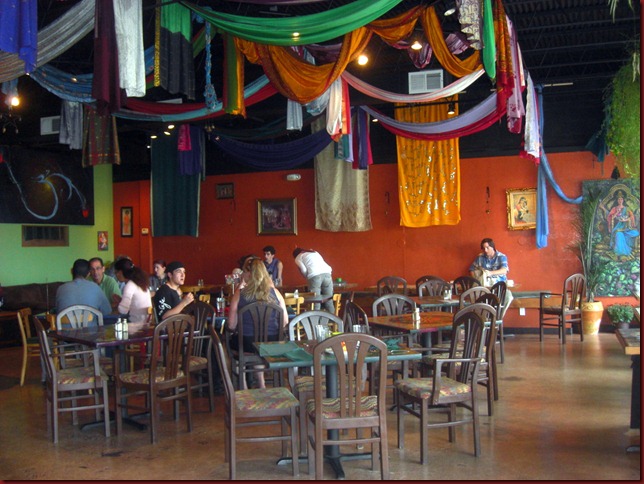 Here’s a photo of some of the food we ordered.  The server was super helpful to me in recommending and explaining all the dishes.  I chose to have a combination plate with lots of vegetables shown on the bottom. Beth had the veggie burger with green chili on the right and Christine had their daily special with noodles, veggies and spicy sauce. Maxx had a Lebanese wrap with eggplant and hummus but I was eating mine by then and didn’t take a photo. 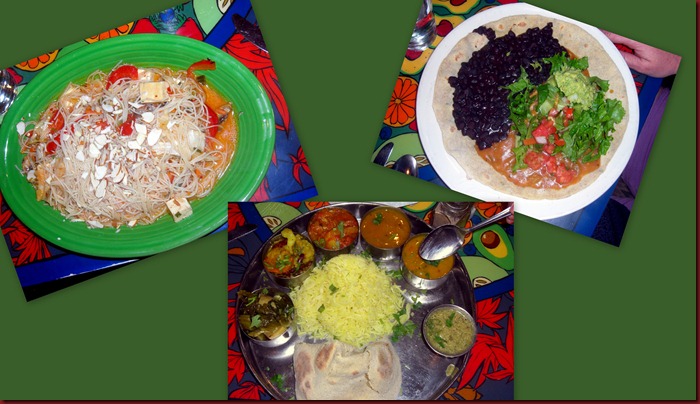 We spent as much time as possible with our great granddaughter when she came to visit. She’s going on three….which she is always anxious to tell you. 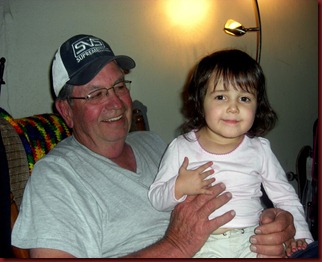 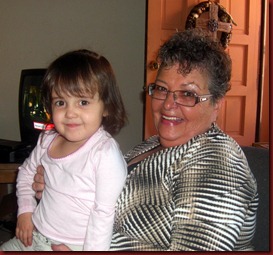 We had a wonderful time with the whole family at different times….worked out well.  But time to get back on the road, so we said adios and on Friday morning we took off East on I-40.