We’ve had a fun time here at Tropic Winds RV Resort in Harlingen.  Saturday Jean Watson, Paula Nankivell and I went to Hobby Lobby and spent an hour picking out yarn for several projects we each had.  It sure was fun having a friend to help you select the right yarn for a project.  I seldom have that luxury and so very much enjoyed this outing.

Sunday Jim and I drove to Brownsville to check out an RV park as a possible selection for next winter.  Then, since we were so close, we decided to drive to South Padre Island.

We drove across the Queen Isabel Causeway Bridge.  It was a overcast day thus the bad photos.

Here we are by one of the beaches. 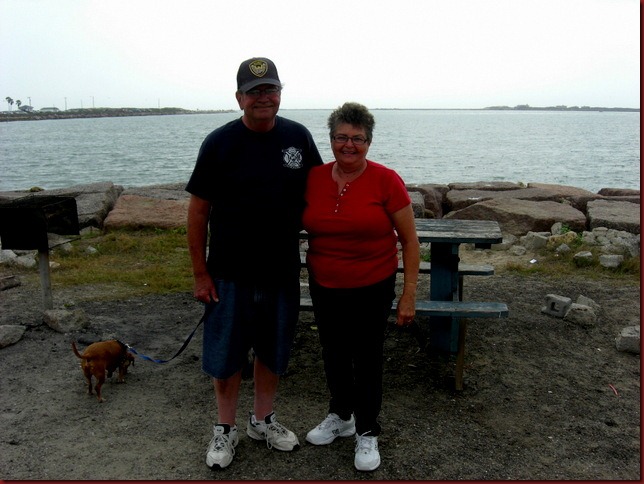 South Padre reminded us very much of Gulf Shores, Alabama, and Myrtle Beach, North Carolina. The buildings were very much the same. 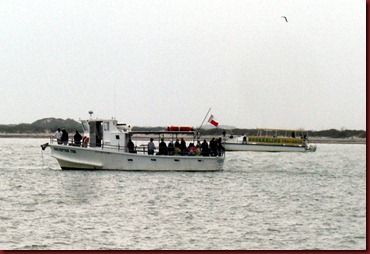 We didn’t know that the area is known for dolphin watching.  There were several boats out and about doing just that.  Jim saw a dolphin jump out of the water….neat. 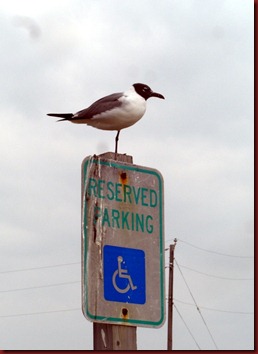 We saw this cute sight….a seagull showing only one leg sitting atop a handicap sign….how appropriate.

When we returned to the park we watched the Daytona 500 routing on Danica Patrick, happy to see her place in the top ten. 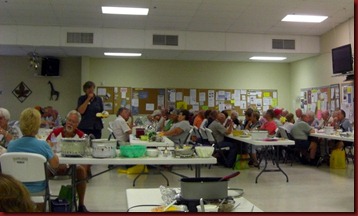 Next we joined Jean and John at the park’s Potato Bake.  Jim made a big pot of sausage gravy and there wasn’t much left afterwards.

After putting our stuff away back at the rig, we returned and joined Paula and Tom for the ice cream social and then participated in Card Bingo.  Have you ever heard of that?  We hadn’t, but it was easy to learn.  Our table of 16 people set up in four people per deck of cards won three of the ten pots for the night.

We were going to leave Monday, but there was a big wind storm predicted for this area, so we postponed leaving one more day.  Fellow area managers with American Land & Leisure (our summer camphosting job) Brian and Carol Thompson winter in Harlingen and they called and invited us for lunch.  So we met them today at Jason’s Deli. 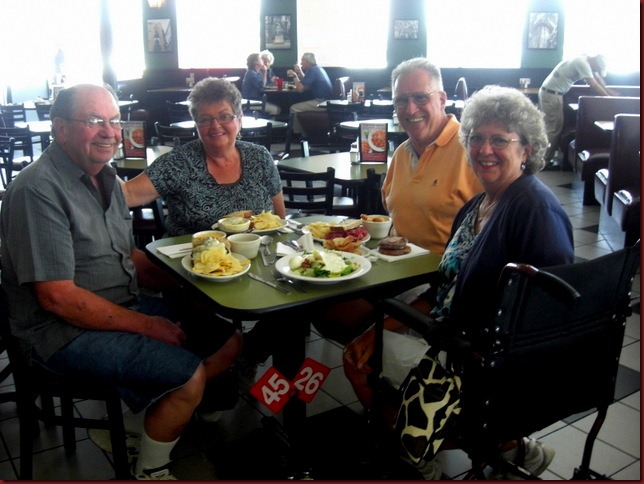 By being here on a Monday I was able to attend the park’s twice weekly knitting and craft gathering with Paula and Jean.  It was very enjoyable being with other knitters and have the availability of more experienced knitters to help when needed. 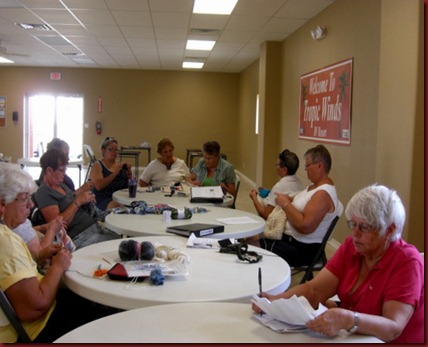 Then later we joined Jean and John for  dinner at Whataburger.  I like their Apple and Cranberry Salad. It was sad saying goodbye to them, but we see them at least once a year somehow, somewhere.  Hopefully we’ll see them back here in Harlingen next winter.

Now we’re off to say goodbye to Paula and Tom with promises to see them again next winter, if not sooner.  We seem to bump into The Nankivell’s at least once a year also.

We’re off tomorrow morning moving towards Louisiana.  Stay tuned for reports along the way….